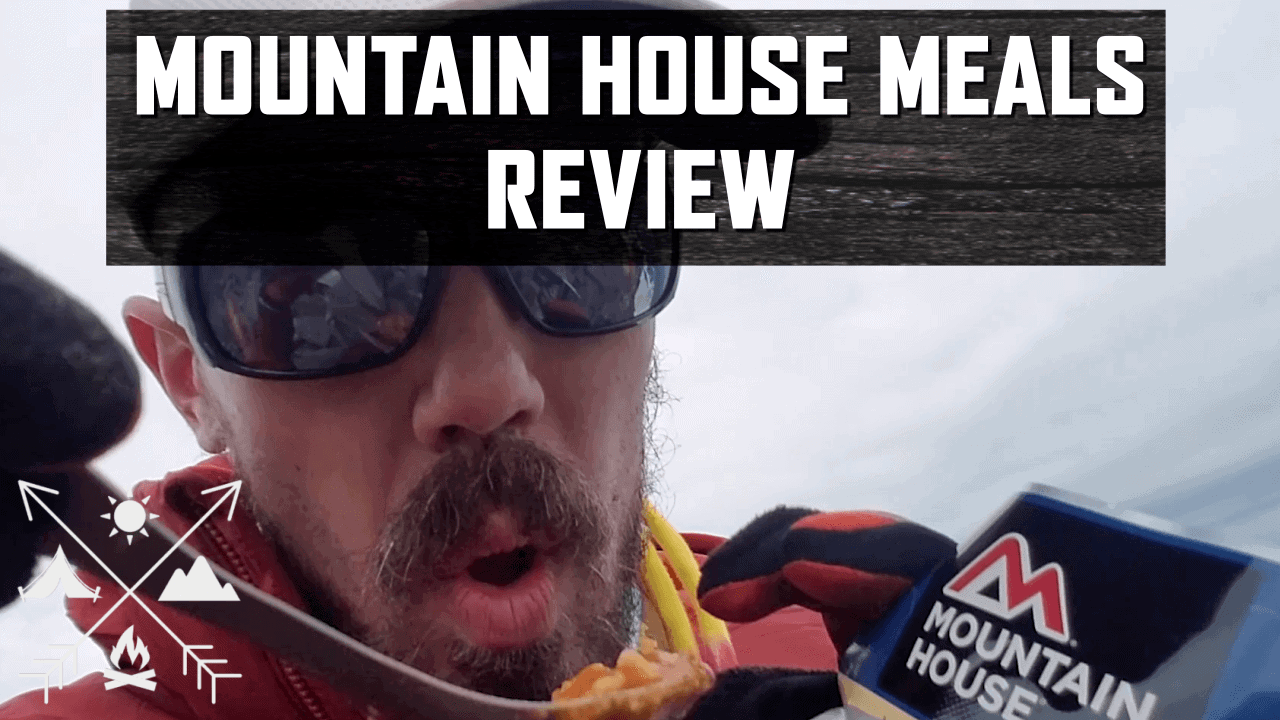 One of the toughest questions to answer when you’re out on the trail is: what should we eat? Subsisting on gorp and PB&Js for weeks on end is possible, but it’s likely to drive you insane.

Bringing along real ingredients and the tools necessary for even a modest camp kitchen can result in some incredible meals, but it also means you’re lugging around a lot of weight, and at the end of every night you’re stuck trying to clean up a mess.

Doing the dishes isn’t fun at home; it’s a lot less fun on the side of a mountain.

Mountain House (and other providers of single-serve freeze-dried meals) claim to offer the best of both worlds: ultralight foods that taste like real meals but require basically no cleanup. But should you believe the hype?

To cook a Mountain House freeze-dried meal, all you’ll need is a camp stove of some kind and a water source.

Boil some water, then pour the prescribed amount (usually 1-2 cups) directly into the resealable pouch with the freeze-dried food. Seal the pouch up for a short time (less than 10 minutes), opening it to stir occasionally if you wish. After the time is up, all you have to do is open the pouch eat directly out of it.

That makes cleanup easy – once you’ve finished your meal, simply reseal the pouch and the mess is entirely contained.

That’s the theory, anyway. In practice, I’ve found that the ziploc-style zippers at the top of the pouches are a little fiddly, and I’m not sure you should trust them enough to just toss a finished pouch into your pack as-is, assuming it’ll stay completely shut.

Personally, I zip up the used ones and then put them inside a plastic shopping bag just to add an extra layer of protection between them and the rest of my gear. That adds a tiny bit of weight, but it has worked well for me to ensure that my gear stays clean.

It’s worth noting that for some flavors, it can be slightly more complicated, with separate packets inside the main pouch that are removed first and added later so that they’re exposed to the heat for less time. Generally speaking, though, the principle is the same, and you shouldn’t need anything other than a camp stove and a spoon/fork/spork to enjoy any of these meals.

If you’re buying any Mountain House meals, you may notice many are available as pouches or as “Pro-Paks.” The food inside tastes exactly the same, but there are a few differences between the two.

Just how light are they?

To figure out just how efficient that is, we’ll use the Biscuits and Gravy flavor as an example. In a regular pouch, that offers 620 calories in 4.94 ounces, or 125 calories per ounce carried, which is pretty good! For comparison, a chocolate brownie Clif bar is less efficient at 104 calories/ounce. And the Mountain House meals are way more efficient than most “real” food; a medium-sized banana, for example, offers just 20 calories/ounce.

Of course, to cook a freeze-dried meal you need water and some kind of stove, but on many trips those are things you’d need to have in your pack anyway. Long story short: if you’re worried about weight or pack space, Mountain House’s meals pack a lot of calories into a pretty lightweight, easy-to-stash package.

The real question, though, is how does this stuff taste?

I haven’t eaten my way through the company’s whole lineup, but thankfully testing a few flavors was enough to give me an idea of whether Mountain House meals are worth my money the next time I’m planning a trip.

I love lasagna – insert Garfield joke – and I have to admit, I was pretty skeptical that a freeze-dried food bag could come anywhere close to the real thing. And yeah, you’re never going to confuse this lasagna pouch for lasagna like Mom makes it.

But I have to admit, I was pretty shocked at just how close it got, even though I was eating it on the side of Mount Rainier, nauseous from altitude sickness and tired enough that I hadn’t bothered to carefully measure how much water I poured in.

The end result of my imprecise approach was a little more like lasagna soup than lasagna proper, but it really tasted good. The pasta chunks were well-cooked and tender, and the other flavor notes – tomato, beef, cheese – were all there in just the right quantities. Before I started eating it, I felt sick enough that I didn’t plan on taking more than a few bites, but I was so surprised by the taste that I ended up finishing almost the entire thing.

In fact, I would have finished the entire bag if we hadn’t decided that some of our team’s altitude symptoms seemed too serious for comfort and we needed to go back down.

Verdict: Quite tasty. I will definitely buy this flavor again.

I’m not from the South, so I’m probably not qualified to comment on what authentic biscuits and gravy should taste like, but I was pleasantly surprised by the flavor of this one, too. When I opened the package after letting it sit for nine minutes, I can’t say it looked appealing.

In fact, it looked a bit like the congealed white slop the crew of the Nebuchadnezzar ate in The Matrix. But looks can be deceiving, and after one bite I was sold. The punchy gravy taste is well complimented by the biscuit-like bread chunks – it was good enough, in fact, that I finished the entire bag even though I wasn’t particularly hungry.

Verdict: Another happy surprise. I’ll buy this flavor again, too.

Apple Crisp was the flavor I was most excited about – I have a sweet tooth – but sadly, it ended up being the most disappointing one of the bunch.

After cooking the main meal (freeze-dried apples) and then sprinkling the included granola pack over the top, I was left with a soupy mixture and some rather chewy, undercooked-seeming apples.

It wasn’t bad, per se – if I’d been in camp at the end of a long day, I probably would have eaten all of it. But given that I was doing a taste test at home, I didn’t bother to finish it.

Is Mountain House Worth the price?

Purchased individually, a Mountain House entree in a regular-size pouch will cost you around $8.

That’s pricey enough that I’d recommend you do your own taste tests before buying many, just to ensure you’ve got flavors you actually like. But the best flavors are totally worth the price of admission in my opinion.

They’re incredibly lightweight while still tasting great, and it’s hard to beat the convenience of a meal that cooks in its own bag. I’ll definitely be bringing a few on my next overnight trip, and I’d recommend you do the same.

Bottom Line: You really can’t go wrong with Mountain House, especially if you mix and match the best meal packs.

Where to Buy: I recommend ordering directly via Mountain House here to take advantage of the discounts, but you can also check this Amazon listing. Sam Hardy is an outdoor enthusiast with a penchant for survival skills. He writes about the great outdoors and his favorite equipment here.

Sam Hardy is an outdoor enthusiast with a penchant for survival skills. He writes about the great outdoors and his favorite equipment here.

The Ultimate Campfire Desserts – Plan These for Your Next Trip